Palm oil cultivation has been criticized for impacts on the natural environment, including deforestation, loss of natural habitats, which has threatened endangered species and increased greenhouse gas emissions. Maps of palm oil extent have been produced by NASA’s Jet Propulsion Lab by means of use of SAR (Synthetic Aperture Radar) imagery in several iterations.

These map iterations shall be validated by local experts using the LACO-Wiki land cover validation platform. To simplify this process, a campaign system for LACO-Wiki had to be developed. 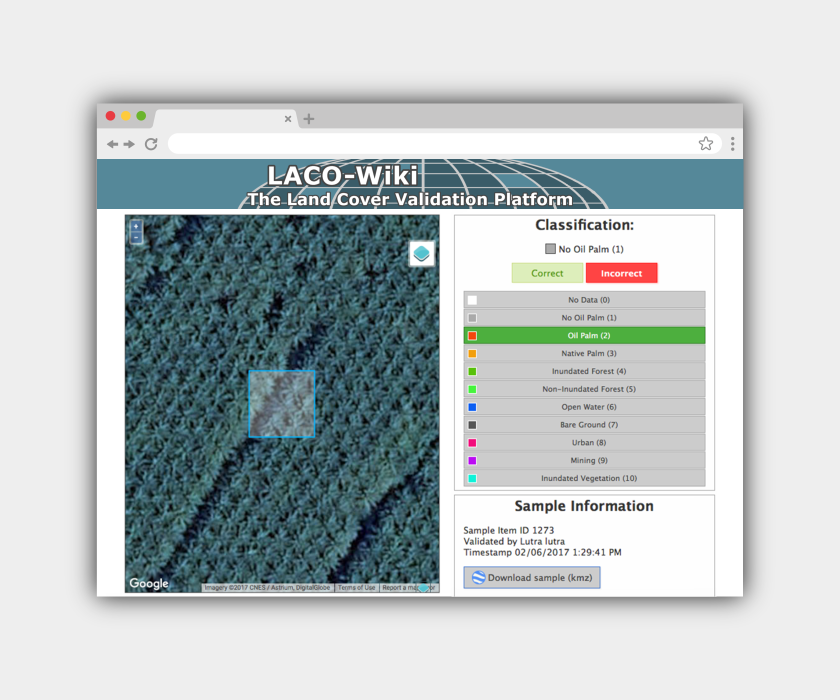